The Only🕷s You Should Be Scared Of!

Good news! There are only 3 dangerous spiders in GA and I’ll show you how to identify them.  By being able to identify the bad guys I hope you are able to reduce excessive fear about most spiders and avoid the scary ones.

This spider is likely the most known of these 3 spiders and by far the easiest to identify.  It has a round abdomen and the female full grown is about 1.5 inches. The black color and red or orange hourglass shape on its underside are easy give aways to steer clear.  Fun Fact: Did you know the female is double the size of the male and the only sex who will bite. Females are also known for sometimes killing males, hence how they got their name.

Until recently, Georgian’s only had to keep an eye out for the black widow from the widow family but now her cousin has traveled North from Florida and now resides in the Peach State. This fella is a cousin to the black widow and as you’d expect it is brown with a red / orange hourglass shape on its underside.  Fun Fact: Although its venom is much more potent than the black widow, it only secretes a small amount making it less dangerous than its cousin the black widow.  In other words if you are bitten by a widow spider, you’d prefer it be the brown widow! 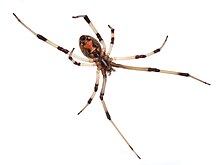 The brown recluse is a little trickier because it can look similar to other spiders. It is often mistaken for the common house spider, wolf spider, and hobo spider. The main characteristic you will see on a brown recluse is the violin shape. If you get close enough you can see it has only 6 eyes in the shape of a U, instead of 8 eyes like most spiders. It is about the size of a quarter . 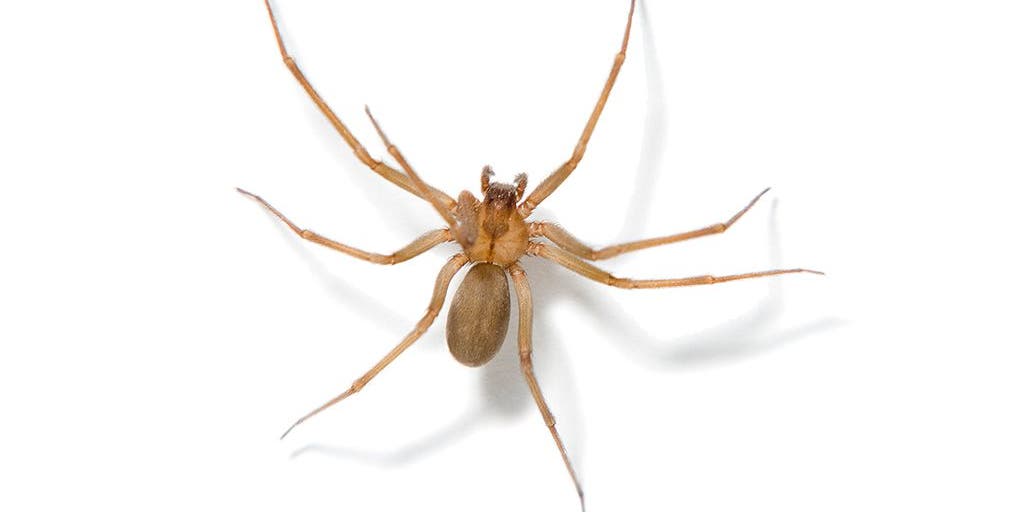 Venomous spiders in Georgia, Brown Recluse. Identified by the violin shape and 6 eyes in the shape of a u. Picture provided by foxnews.com

All three make the “World’s Most Venomous Spider” top 10 list but they really aren’t that scary!  Here’s why…

Give Pest Force a call today and add peace and security to your home! Protect your loved ones and home from all insects, spiders, termites and rats.

We make you forget that bugs even exist!